Things To Do in New Zealand

New Zealand is one of those places where the mind gets excited. A land of wonder, legends of the Māori and mystical landscapes. A nation where you can ski and surf the same day, walk on glaciers before diving into a natural hot pool in the evening, or take a cruise through a glow worm cave before reaching Hobbiton’s magical land for the afternoon. Thes are some of the top things to do New Zealand that you will make your itinerary a memorable one.

New Zealand is renowned throughout the world for its beautiful views, from wide-ranging mountains to vast underwater cave systems, giant glaciers to boiling hot springs, glorious-sand beaches to the rough coastline. It’s filled with cool cities, secret spots, beautiful wildlife, and more. Here we have listed some of the cool things to do in New Zealand to make your tour epic:

New Zealand is a walker’s paradise where a network of trails winds past rugged coasts to dramatic mountain ranges, through farmland, river valleys and towering forest. There is a large network of mountain huts across New Zealand allowing multi-day treks to be undertaken.

New Zealand’s hiking trails provide access to its beautiful national parks. New Zealand is hard to beat when it comes to hiking, from snow-capped peaks to sandy stretches of beach and all of the green beech forests in between. New Zealand has to discover thousands of backcountry walks around the country in addition to those luxury routes.  The Tongariro Northern Circuit is one of the best hikes and amazing place to visit in New Zealand, and a must if you enjoy a bit of an arduous adventure.

The Waitomo caves have a history as one of the best places in the world to see glow worms. Arachnocampa Luminosa (the glow-worm species native to New Zealand) can be found in many parts of the world but the Waitomo Caves are home to the most open and impressive set. Take a dive into the ancient caves below King Country’s rolling green hills to see the spectacle these luminescent creatures make.

The ironic thing about the glow worms is that they are definitely not worms. In reality, they are fly larvae that emit a phosphorescent glow that shines like a starry night from the inside of the caves, lighting up the ceiling.

New Zealand became the first nation in the world to introduce bungy jumping just outside Queenstown at the Kawarau Suspension Bridge site. There are plenty of different bungee jumps all over the country, perfect for the preference of all. It is one of the fun things to do in Queenstown New Zealand that you must add in your itinerary.

New Zealand has always been a tourist destination, but the trilogy of the Lord of the Rings and the Hobbit series is really what brought it on the globe. Hobbiton is also one of the most popular attractions and one of the most unique things to do in north island New Zealand.

Host to The Green Dragon Inn, The Mill, and hundreds of scenic hobbit holes, the outdoor movie set, entirely redesigned for The Hobbit, offers a captivating backdrop to the images that have brought the world of hobbits to life. Walk around the shire, the real-life film set used in films The Lord of the Rings and The Hobbit. Keep your eyes open to admire the work that has turned every detail into a magical place in this fairytale land.

You can find the Bay of Islands almost as far north as you can go, about 140 of them to be more precise, providing plenty of beaches to travel by sea, as well as villages to drop in on. To completely immerse yourself in this slice of paradise, hire a cruise or kayak. Paddle out on Piercy Island to the ‘Hole in the Rock,’ or go in search of the marine life in New Zealand. Dolphins, whales, fur seals and penguins love this New Zealand region. In these fertile waters live penguins, dolphins, whales, and marlin, and the area is a popular sport-fishing spot.

The observation and telecommunications tower in Auckland is known as the Sky Tower. It is located at the intersection of Auckland CBD’s Victoria and Federal avenues. The Sky Tower is the iconic edifice that offers amazing exposure to enjoy some of the top things to do in Auckland New Zealand. It stands out for miles around a soaring needle-like structure in the center of the city and provides stunning panoramic views across the observation decks.

Milford Sound was named the Top Travel Destination of the World in 2008 and Rudyard Kipling called it the World’s 8th Wonder. Milford Sound, situated on the South Island’s west coast, is a world-renowned natural wonder with its soaring cliffs, rippling waterfalls and breathtaking wildlife.

Gigantic cliffs, dozens of waterfalls, exotic animals and misty waters all combine to create one of the planet’s most spectacular locations. A nightlife event in Milford Sound is the time to accept silence and one of the top things to do in south island New Zealand.

Located between Christchurch and Picton on the south island, Kaikoura is commonly viewed as New Zealand’s whale-watching capital. Kaikoura is a whale-watching destination throughout the year and is also renowned for its scenic location-a rough coastline between the Pacific Ocean and the snow-capped peaks of the Southern Alps, providing a dramatic background to marine life that is often seen near the shore.

This is also one of the few locations in the world where whales are visible during the year. Humpbacks pass through during the winter, orcas in the summer, and sperm whales can be seen all year long. If you are searching for some of the things to do in Christchurch new Zealand then Kaikoura is an ideal choice.

Witness a mystical stargazing experience with bright, overcast skies and special celestial features in New Zealand. Mount Cook is home to the world ‘s darkest skies, and ideal for having some spectacular stargazing experiences. See constellations in gleaming black clouds and shooting stars.

Stargazing in New Zealand is possible from pretty much anywhere with bright skies and very little light pollution and you’ll be blown away. Sit back and experience one of the wonders of New Zealand by watching the constellations and shooting stars in gleaming dark skies, where most of the country has no light pollution and is home to some of the world’s most accessible sky observatories.

New Zealand is world-renowned for Sauvignon Blanc Marlborough and Pinot Noir Central Otago. The Waiheke Island is an enchanting oasis, home to a beautiful mix of vineyards, olive groves, beaches, art studios and funky cafés. Sip the finest wines of New Zealand in one of the many vineyards, while enjoying sea views.

But what’s even better is that the main wine-growing areas in New Zealand are also among the country’s most spectacularly beautiful parts. Take a road trip and meet local wine-growers along the New Zealand Classic Wine Trail.

New Zealand is a country filled with so much fun and many activities to do that with just one visit you would never be able to “complete it all”. There’s something for everyone in this country, from the must-try New Zealand food, to heart-rending adventures, to wildlife encounters. Whether you are searching for the best things to do in Wellington New Zealand or Auckland New Zealand, the above-mentioned list will definitely add an element of fun to your journey

Though there’s a no bad time to go to New Zealand, the Peak season is the summer months (December through February).

Priyanka Tiwari:- A fellow traveler, who has perfectionism as her middle name, is slightly eccentric and is daydreaming most of her time. You will often find Priyanka huddled under a blanket, lost in a book. Her love for mountains, Beaches and cliches is endless. Music saves her world is her belief, as she’s busy cooking characters and kiting stories around them. For her, life is a massive movie, worth watching.  She prefers Rumi and ice cream, over anything else. 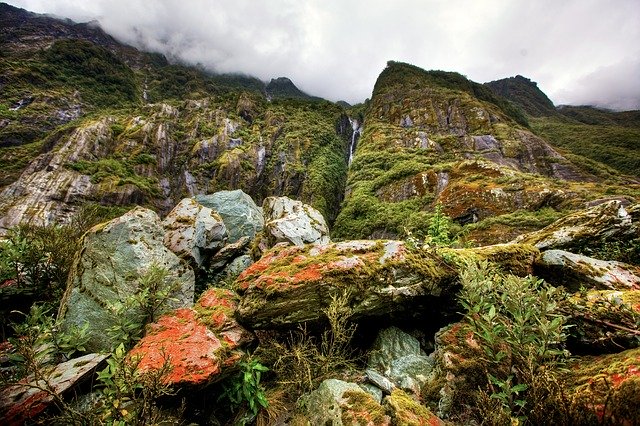