Thanks to TV programs such as New Jersey’s The Real Housewives and Jersey Shore, New Jersey has recently built a misleading reputation. But the state has many magnificent natural and historic parks as well as world-class history and art museums, despite “McMansions” and the party destinations that are a vital part of top places to visit in New Jersey.

In terms of tourism, the state may be in the shadow of New York, but it should not be written off and has several places to match those of the Big Apple.

A visit to the two most famous tourist attractions of New Jersey is also possible (and recommended): the Statue of Liberty and Ellis Island. So, here is our list of best things to do in New Jersey and, as always, it blends a combination of action, adventure, and relaxation to provide the State of New Jersey’s ultimate tourism companion:

In the 18th century, Cape May gained its reputation as a fashionable and desirable resort town as it was increasingly visited by the rich.

The town’s beaches, a historic lighthouse, and charming Victorian-style houses, located on Delaware Bay, draw many visitors every year.

In the past, six separate US presidents have also picked the town for the site of their vacation homes.

The Emlen Physick Estate, now used as a museum, is one of the best examples of Cape May’s homes, enabling visitors to visit 18 extravagant rooms in the houses.

Atlantic City, home of the famous Boardwalk, is another popular and most beautiful places to visit in New Jersey.

Constructed in 1870, the boardwalk is a promenade with numerous seaside attractions, including a variety of piers and hotels.

The Boardwalk is four miles long, but bike rentals are readily accessible and make for a great way to see the town, which might seem like a challenging distance for a seaside walk.

This Historic National Park is the location of Thomas Edison’s former laboratory and home.

Thomas Edison experimented and invented things inside these two houses, such as the first-ever batteries and rudimentary movie cameras and sound recording devices.

Visits to the park allow the laboratories and original artifacts used by Edison himself to be closely examined.

Edison’s home is a mansion with 29 rooms and has been maintained perfectly. Tickets are restricted and should be booked in advance for tours of the mansion.

Due to the prestige and successes of its university and research programs, Princeton’s name is widely known.

Established in 1756, the university consists of an outstanding 1,600 acres of land. The tours of the grounds, which last about an hour, are run by university students and are very informative and humorous.

The historic site of Battlefield State Park is also located in the town of Princeton. It is one of the fun places to visit in New Jersey and Pennsylvania that you must add to your itinerary.

The site occupies an area of 200 acres and was the location of the Battle of Princeton, which in 1777 marked the victory of George Washington over the British.

The Clarke House Museum used since 1772 as a hospital for wounded soldiers, and the Ionic Colonnade, a monument honoring soldiers from both Britain and America, are other points of interest on the site.

One of the most famous art attractions in the state of New Jersey is The Grounds For Sculpture in Trenton.

It was established in 1992 as a way to enjoy the contemporary art scene’s sculptures and has grown over the years to achieve its current 42-acre scale.

A wide variety of sculptures, including whopping works by Seward Johnson and other US artists, are housed in the park, which can be found in the town of Hamilton.

Also worth a look around, the grounds of the park itself feature beautiful landscaping of flowers and trees.

The National Recreational Area of the Delaware Water Gap is located on the state boundaries of Pennsylvania and New Jersey, occupying an immense area of over 70,000 acres.

The region contains an impressive 40-mile chunk of the Delaware River that acts as a recreational protected area and has two visitor centers that both provide information on the area’s history, geography, and recreation.

The region is perhaps the best place to enjoy outdoor activities such as kayaking, fishing, natural swimming, and camping in the state. All these reasons make it one of the best places to see in New Jersey all around the year.

The fact that seeing the Statue of Liberty is on a list of the top things to do in New Jersey may surprise many visitors to New Jersey, but a trip to Liberty State Park offers the chance to do that.

Communipaw Cove, a salt marsh nature reserve, and the touching “Empty Sky” monument are all inside the state park, which pays homage to the 9/11 victims who were from or had relations with the state of New Jersey.

One of the most recently developed national parks in the United States, the Paterson Great Falls is home to several spectacular waterfalls and natural scenery. If you are looking for some of the cool places to visit in New Jersey in winter then this is an ideal destination.

It is great fun to explore the parks, and the epic bridge near the Falls Gorge has many viewpoints and various views of the falls.

Interesting information can be obtained from the nearby Paterson Museum concerning the history of the city.

This floating behemoth is now a museum and can be found on the Delaware River, moored peacefully.

Ship visits provide guided tours and allow many displays, artifacts, and records related to the eventful past of the vessel to be viewed.

In 1942, the ship was first launched, taking part in the World War 2 conflict and later in the Middle East wars.

It is now possible to take an evening tour or even stay onboard the ship overnight for a truly unforgettable and unique experience.

Situated on the Delaware River, this aquarium in Camden is ideal for families visiting New Jersey.

The aquarium consists of about 2 million H2O gallows and is home to an incredible collection of 8,500 marine species.

The aquarium is a pioneer in education in marine biology and has species as diverse as sharks and hippos.

The High Point Monument, a memorial erected in 1930 respecting the US participants in the First World War, is at the core of this famous natural tourist attraction in New Jersey.

The park occupies an expansive 16,000 acres and has many routes, all well marked and well maintained.

Other outdoor activities are available here, with fishing, natural swimming, and camping being the most common.

The Science Centre is located in Liberty State Park and is a must for kids visiting New Jersey.

At its finest, it is immersive education and consists of many fun hands-on displays and exhibits that explore different fields of science and technology, including robotics and the environment. Amazingly, the center now hosts the world’s biggest IMAX theatre.

This theme park, located in Jackson, serves as a popular tourist attraction for both New Jersey and New York residents and tourists to the two states.

As you would expect from a Six Flags park, the park has rides to suit all ages and levels of boldness. The location is also home to the Hurricane Harbor water park that has an impressive array of flumes and rides with water thrills.

Throughout the season, the park has plenty of live entertainment and ample places to eat and quench your thirst. No wonder, it is one of the ideal New Jersey places to visit all around the year.

New Jersey is a kind of place where within an hour you can find yourself in the deep forests with magnificent history which will make you forget the real world. The list of top places to visit in New Jersey mentioned above will definitely add an element of excitement to your journey.

It is a place full of world-class museums and traditional sites that tell the position’s story while keeping it modern.

When you are tired, get in the car, load up the GPS, and give your journey a remix. Being the country’s most closely populated state definitely has its advantages. If you are searching for some other popular places to visit near New Jersey then don’t forget to check our North America travel guide. 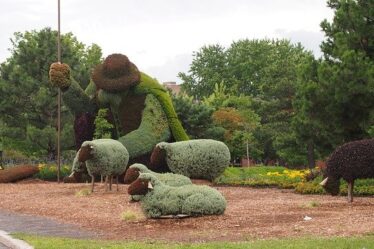 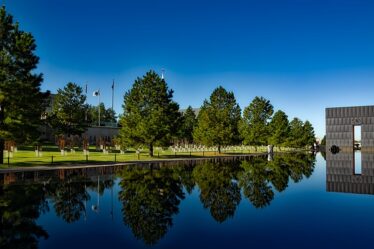 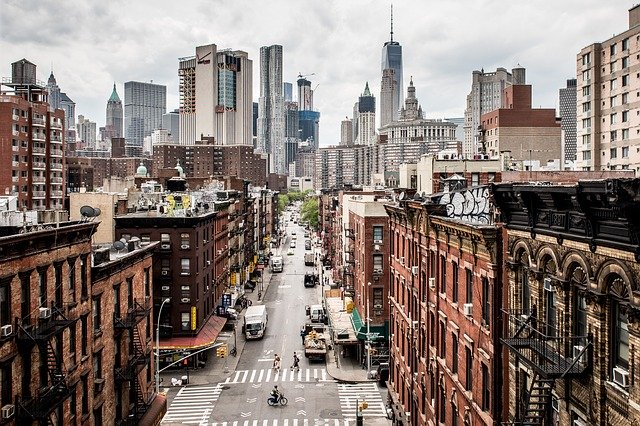