Best Places To Visit In Montreal

MONTREAL, named after the three-peaked hill, Mount Royal, situated in the heart of the city, it is the largest city on an island in Canada’s Quebec province. Montreal is a place where rivers and nations unite and divide, thus giving an insight into the city’s many attractions which are underground. It has a warm summer continental climate, having summers that are hot, late summer having crisp, drier and windy weather while winters being windy, snowy with the temperature going as below as -10.5°C. A “UNESCO City of Design”, Montreal is an important center of transport, pharmaceutical, commerce, finance, education, technology, food, art, culture, film and world affairs. This also known as an ‘AlphaCity’. Here is a list of the best places to visit in Montreal Canada that you must add in your itinerary:

This is one of the most famous tourist attractions in Quebec Montreal as it is an expansive city park, that makes you feel you’re outdoors within the confines of the city. It is claimed as a mountain although it is only 200m high, with a hike of only 15 minutes will result in you being at the top. It is also accessible by bus or taxi and provides you with breath-taking views as far as eyes can see. It has numerous trails and forested pathways where you could bask in by just taking pictures or if adrenaline is coursing through your veins, then cross country skiing during winters becomes a must.

The first settlers of New France, originally established this in the 17th century, which now with its narrow cobblestoned streets, overlooking the Saint Lawrence River is populated with the best of what Montreal has to offer, ranging from top tier restaurants, museums, shopping promenades and historic structures. Do not forget to visit St. Paul Street to understand the history, Place Jacques Cartier to feel like you’ve stepped back in time or the Clock tower beach. So whether you want to get lost basking in all the knowledge or just spend your time in leisure, Old Montreal has something to offer everyone. No wonder, it is one of the top 10 places to visit in Montreal that you must add in your itinerary.

Originally built for judo and cycling events of the 1976 Summer Olympics, it was converted into an indoor zoo and aquarium that lets you walk over recreations of four different ecosystems found in North America as well as some sub-American places. A fascinating array of wildlife featuring thousands of animals, over 200 animal species and 800 plant species, amassing so much that time will fall short. Without any doubt, it is one of the top tourist attractions in Montreal that you must cover during your journey.

This is one of the world’s most prestigious collections of plant life where greenery would enchant and enthrall you with its sheer variety of species spread over 190 acres having its own insectarium with 95 different species and its own Japanese, Chinese (where a lantern festival takes place) and Alpine gardens besides Greenhouses(a must visit to witness butterflies going free), Art deco pavilions and culturally thematic gardens, thus making it one of the most cherished attractions.

Also, one of the key places built for the 1976 Summer Olympics, this has become a hub for sports events and sightseeing. The many games hosted here range from Monster truck rally to hosting both soccer and baseball games. If this doesn’t pique your interest much then the elevator inside the stadium, standing inclined at 574 feet, offers a different perspective of the city. Food is an important aspect of the culture, a famous food festival runs inside the stadium, known as the “First Fridays Street FoodFestival”, which runs from May to October with food trucks around the city providing a gastronomical delight.

Lit by a spectacular chromatic calendar of 365 colors, this bridge connects the island of Montreal to the city of Longueuil, which is bound to leave you mesmerized. If you’re up for something novel then a 4-hour long dinner cruise is the best way to enjoy the lights and the river in all its glory. Another event is the “Montreal Firework Festival” the largest of its kind that began in 1985, where you could soak in the spirit and energy as everything is lit up. The bridge is always a vital part of the best places to visit from Montreal with your family.

If you’re an artist, an admirer of art or simply fascinated by it, Le Plateau caters to all. Situated in a laid back area, it is known for its street art. You could just stroll around the neighborhood, gazing at the graffiti or its open spiral staircases or go around the corner, where Mile End is situated. Mile End is known for its lively atmosphere which has a bohemian feel to it and filled with local breweries and boutiques worth stopping by, even if to just admire. One of the many things around to get a taste of the Montreal food scene is to have bagels, poutine and smoked meat, which is the best of the best and can be found in Fairmount and St.Viateurknown for its fresh and hot bagels, Shwartz for Montreal style smoked meat alongside cherry coke and La Banquise for poutine.

An altar adorned with gold and stained glass, also known as a dramatic masterpiece of Gothic revival architecture, it is decorated in blues, azure, reds and purple hues with intricate wooden carvings and statues, a work that will leave you spellbound like every nook of this city as its glass widows depicts the religious history of Montreal rather than biblical stories. It also boasts of a Casavant frères pipe organ, dating as back as 1891 with 7000 individual pipes and pedalboards. Do not forget to witness the magic of, “AURA” which is a light show that takes place every evening inside the basilica. All these reasons make it one of the best places to see in Montreal with your friends and family.

Believed by earlier settlers that this could take them to China, Lachine Canal stretches from Old port to St. Louis, a couple of minutes away from the old town, with some poutine in tow, which is one of the best in the Montreal places to visit, as you settle down for a picnic or take a guided tour along the banks of the canal with each section of the canal yielding different things to do by water or land. It also has swan paddle boats giving you a sense of adventure, followed by a scenic evening.

Constructed as a small chapel for Saint Andre, who miraculously healed the crippled, it is now one of the biggest churches in Canada, that has the largest dome of its kind in the world, it provides you with solace and calmness from the hustle and bustle of the city. It has a notable 283 steps to the top that you must take to provide you a spectacular view of all Montreal tourist attractions. Also because of brother Andre, the oratory boasts of thousands of cranes and crutches of people he had healed besides having organ performances.

This is an apartment complex born out of the sheer will of the architect to provide everyone with a river view, making it one of the most interesting landmarks in the city, also making it one of the most expensive real estate. It has 354 concrete forms, 12 storey, and 100 apartments. A 90minute guided tour takes place in both French and English. Just adjacent to the building you can watch surfers and bodyboarders take 2mhigh waves, if this view makes you want to experience something similar providing you to learn something new, then there are local companies providing you with just the right tools.

CIRQUE DU SOLEIL, also known as the “Circus of theSun” This is a world-famous circus-based off Montreal, that showcases a number of circus styles. It originally started as a troupe of street performers, now expanding into a massive traveling circus, this will definitely make you doubt your own eyes as you witness it unraveling its magic, catering to a variety of never seen before costume bits, comedy, aerobatics and storytelling.

Amongst the many top places to visit in Montreal, make sure to tour the La Grande Roue De Montreal-a giant observation wheel standing 60m tall, kaleidoscopically lit that offers a view of the old Montreal and downtown, Bota Bota: a ferryboat that has been made into a spa, thus known as the “Spa on Water” where you can enjoy saunas, baths, massages and beauty, treatments followed by wining and dining, Montreal underground city or RÉSO, which is a series of interconnected offices, hotels, shopping centers, residential buildings spread over a massive 33kms also including an ice skating ring in the central business district where you are bound to shop till you drop.

If you’ve come all the way to Montreal and not engaged in the various street fairs during months of May, June and July, or attend the International Jazz Festival or Just For Laughs comedy festival, sampled fresh produce, charcuterie and cheeses, or a meal at El Rey Del Taco at Jean-Talon market, you’ve missed the charm so make sure to put it at the top of the list to make the trip worth remembering.

Payal Pal: A doctor and a writer residing in the, “City of Dreams” trying to live hers to its full potential, as she engrosses herself within the pages of books, hot chocolate in hand while appreciating the value of little things in life and strongly believing in giving back in her own little way and unlearning ways as she continues to learn every moment of the day. 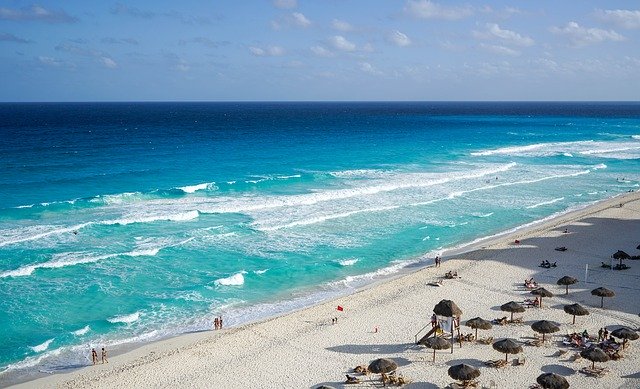 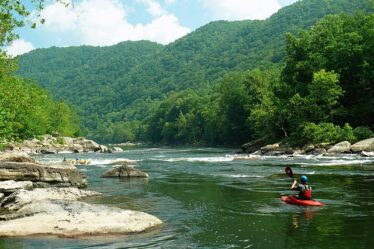 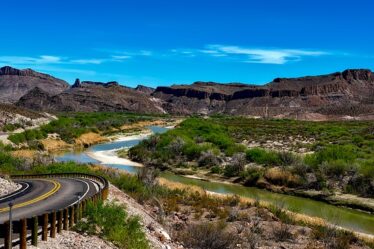