10 Most Historical Sites to Visit in Greece

The beauty of Greece is self-explanatory. The Greek gods created their land with utmost precision. There are numerous tourist attractions in Greece that are just breathtaking. Beautiful landscapes and scenery will charm you, delicacies and beverages will delight your gastronomic spirit, and locals will enchant you with their stories and local traditions. Greece appears to be a destination straight out of a fantasy. Whatever the season or month, Greece and the Greeks never fail to impress. Have a wonderful experience in this historic country known for its multitude of historical landmarks. From the architecture to the people, Greece will undoubtedly make your vacation unforgettable! We have listed the 10 most historical sites to visit in Greece so that you can savour some history.

The Acropolis of Athens is without a doubt Greece’s most famous monument. The Acropolis is an ancient citadel located in the middle of Athens on rocky, steep territory, holding the remains of several ancient monuments of considerable architectural and historic value. You can visit this place by choosing Greece holiday packages at Pickyourtrail.

The hill was occupied as early as the fourth millennium B.C., according to evidence. The site is now a cultural UNESCO World Heritage site.

Delphi was regarded as the centre of the earth and was one of the most important destinations in the ancient Greek civilization. People would travel from near and far to hear the famous Oracle at Delphi, as it was a sanctuary associated with prophecy. This place is a part of our list of most historical sites to visit in Greece.

Delphi is now a UNESCO World Heritage site and one of Greece’s most important historical sites.

During the latter decades of the Byzantine Empire, the Castle Town of Mystras was the second most significant town after Constantinople. This town gave the Empire its last emperors, who descended from the Paleologos line, and it was also the last Byzantine stronghold to succumb to the Ottomans.

The Palace of the Despots is located on top of the Castle of Mystras and provides a spectacular view of the valley below. Many Byzantine churches with magnificent architecture and amazing wall paintings surround the castle town.

Olympia was the site of the first ancient Olympic Games, which took place in 776 BC. These games were held every four years to honour the god Zeus, and according to legend, they were initiated by the great hero Hercules. Gradually, these sporting tournaments became very important for all Greek communities, and winning an Olympic medal was considered a tremendous honour for a city-state.  This place is a part of our list of most historical sites to visit in Greece.

The temple of Zeus, the temple of Hera, and the Ancient Stadium are the most notable attractions in Ancient Olympia today, and excavations are currently ongoing.

The Dion Sanctuary was devoted to Zeus (Dias in Greek). It was considered the closest shrine to the Greek gods due to its location on the grounds of Mount Olympus. There was an altar on the site since very ancient times to commemorate the Olympian Gods, but Dion flourished primarily during the Macedonian period. In truth, Alexander the Great offered sacrifices to the gods to gain favour for his mission to Asia. The site was also developed during the Roman period, as evidenced by the remains of a Roman villa and mosaics.

The Temple of Olympian Zeus, Greece’s greatest temple, dating from the 6th century BCE. However, it was not completed until 640 years later, in the 2nd century CE, during Emperor Hadrian’s reign. The temple had 104 magnificent columns during the Roman Empire, 16 of which still survive today. The temple lies about 500m (1,640ft) southeast of the Acropolis and is part of an important archaeological site that is surrounded by Hadrian’s Gate.

Akrotiri is a stunningly preserved ancient landmark in Santorini, famous for its amazing frescoes and Minoan connection. Akrotiri, on the other hand, has another claim to renown. It is widely assumed that Akrotiri was connected to Knossos and would have been a Minoan site. Some have gone so far as to assert that it was the lost city of Atlantis. This place is a part of our list of most historical sites to visit in Greece.

This temple is a huge ancient Greek chapel in the Athenian Agora where the Greek goddess of torch, blacksmiths, and sculpture is respected.

It was created in the fifth century BC, was later incorporated into the Church of Agios Georgios, which accounts for its excellent condition of preservation.

Mycenae is a significant Greek archaeological site. It was the centre of the Mycenaean civilisation between 1600 BC and 1100 BC. Mycenae, which is thought to have been inhabited since Neolithic times, grew into a fortified metropolis and was once controlled by the great King Agamemnon. It is tied to several culturally significant works, including the Odyssey and the Iliad.

Mycenae has several well-preserved sites, notably the Lion’s Gate and the North Gate.

Knossos was an important ancient site in Crete, located on the outskirts of the present city of Heraklion. Knossos is thought to have initially been settled in Neolithic times, circa 7000 BC, and was subsequently continuously inhabited until the Ancient Roman period.

Knossos, excavated and significantly recreated by archaeologist Arthur Evans in the nineteenth century, has uncovered a plethora of ancient riches, not least of which are its numerous interesting ruins.

Our list of most historical sites to visit in Greece will show you the best of Greece. Greece is rich in historical treasures and mythology dating back thousands of years. Its literary prowess is equaled only by its natural environs and the food that has resulted from it. Greece has everything a traveller could ever want. Which of these tourist destinations in Greece has made it into your bucket list for 2022? Greece is a favourite honeymoon and exploration trip; there are many lovely sites to visit in Greece for a honeymoon! Plan an interesting journey to Greece if you wish to see this Mediterranean country and have a one-of-a-kind vacation experience.

Check out our other travel guides to know about places to visit in Europe. 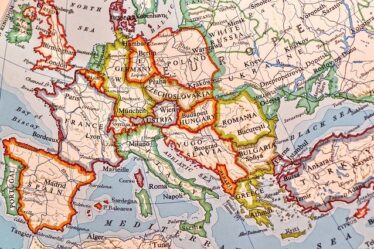 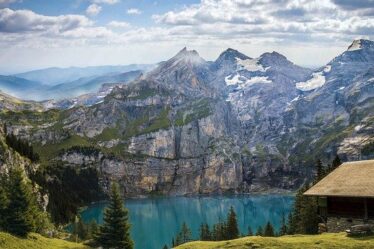 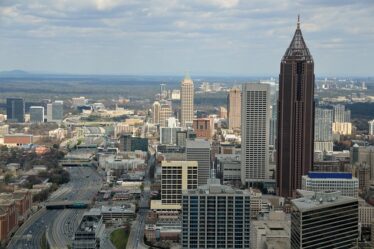